We were gathered in the bar area of the Three Wise Monkeys, looking at each other and chatting and wondering what he’d look like! And then there he was, at the door, Francis Spufford himself, author of Golden Hill and, more recently, Light Perpetual, the novel he had come to talk about, to us, eager Red Lion Book Club readers!

We bundled down narrow stairs in to what was billed as the Gin Cellar, thick pillars, dimly-lit corners, and corrugated iron panels – an Anderson Shelter I thought! And a shelter was where the 168 victims of the New Cross V2 disaster of 25th November 1944 should have been, had they had any warning. But of course there was no warning and their young lives were extinguished in an instant.

This is where Francis Spufford’s novel, Light Perpetual, starts: in terror and carnage and rubble; except that, out of those ruins and lives extinguished almost before they had had a chance to get going, Francis Spufford recreates in the way that only fiction can, five lives, as a tribute, a memorial, a what-if.

Light Perpetual is a hymn to life, in all its twists and turns and dead-ends, changes and surprises and hopes and, yes, new possibilities, and happiness of a sort, however fleeting and unexpected.

We were all agreed that the author seemed to love his characters. We all had our favourites – Jo the singer who sees sounds in colour; Val, Jo’s sister, fatefully attracted to the wrong kind of men; Alec the smart-ass, continually reinventing himself; Ben stunned by Largactyl  into what seem like decades of despair until,,,; even the seemingly unpromising Vern, the con-man, who, almost in spite of himself, is drawn to high opera with a sort of pathological hunger!

Francis read to us – he is a spell-binding reader who takes his lines like poetry, with his voice rising with an upward lilt, full of expectation, not cadence or closure. He chose a passage where his character Jo is confronted with her past hopes and experiments in music; demo tapes and try-outs, half-finished, incomplete – but what she is invited to listen to is her voice, her work, changed, transmuted, re-interpreted by a new generation with new ideas. And this was what came across to us so powerfully that morning, in that cellarage, the way that, in the hands of a skilful and marvellous writer, we are made to see how our lives can not only change and develop, but that new generations will completely surprise us by how they will value and interpret what they take to be important in our lives.

Thank you Paul and thank you Francis. If you attended the event or have read Light Perpetual we are setting a challenge for our readers to write a new blurb for the cover of the book.  One which you think will describe it better,  having read it. 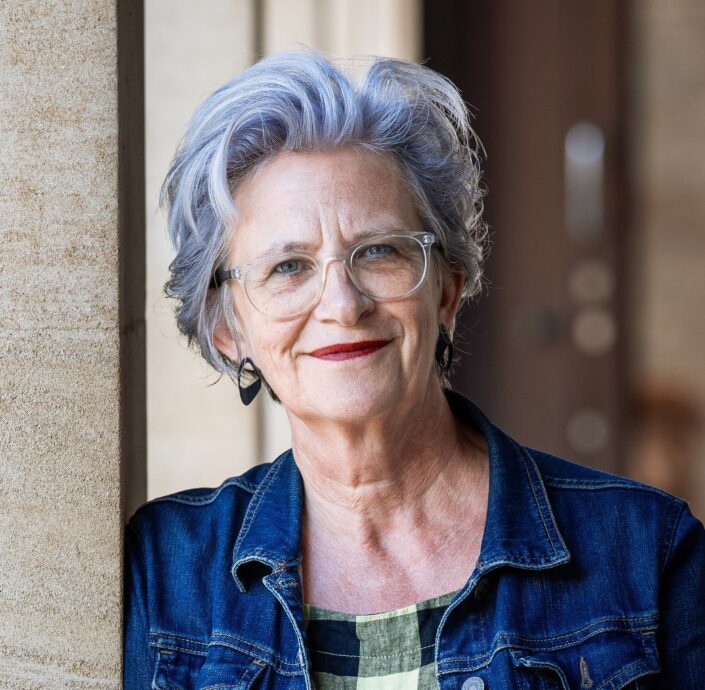