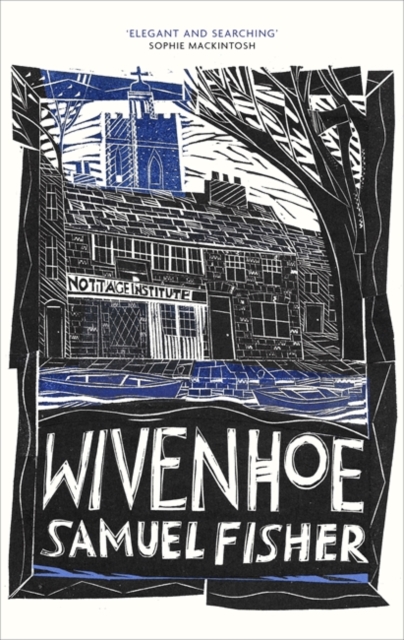 Please contact the shop by email us@redlionbooks.co.uk to reserve a seat for tonight because the online ticketing is now closed.

Set in a world blanketed by snow as the result of an environmental disaster, Wivenhoe explores complicity, love, loyalty, and the boundaries of human instinct.

‘There is so much to treasure in Wivenhoe – at once a loving evocation of place and the memorable
characters who people it, and an unflinching examination of self-defeating survival strategies which
threaten their very existence’
OLIVIA SUDJIC

‘Eerie and disorientating, visceral and elusive. I felt safe yet scared.
Such skilful and sensory storytelling’
ASHLEY HICKSON-LOVENCE

“Never thought he would miss the mud: the gleaming, slickness of it. The slap and suck at the turning of the
tide; its rich, bird-shit stink after a hot day and a couple of pints at the Rose. Or the green-blue-yellow hues
that marked the changes in the light, as the days and seasons marched over the village and the river. And
now, just snow. Endless snow.”

A young man is found brutally murdered in the middle of the snowed-in village of Wivenhoe. Over his body stands another man, axe in hand. The gathered villagers must deal with the consequences of an act that noone tried to stop.  Wivenhoe is a haunting novel set in an alternate present, in a world that is slowing waking up to the fact that it is living through an environmental disaster. Taking place over twenty-four hours and told through the voices of a mother and her adult son, we see how one small community reacts to social breakdown and isolation.
Samuel Fisher imagines a world, not unlike our own, struck down and on the edge of survival. Tense, poignant, and set against a dramatic landscape, Wivenhoe asks the question: if society as we know it is lost, what would we strive to save? At what point will we admit complicity in our own destruction?

SAMUEL FISHER  is a writer, bookseller and publisher. His debut novel, The Chameleon (Salt, 2018) was longlisted for the Desmond Elliot
Prize, shortlisted for the Collyer Bristow Prize and won the Betty Trask in 2019. He co-owns Burley Fisher Books in Hackney and is a director of Peninsula Press

JAMES GURBUTT is Publisher of Corsair, a literary imprint, which he founded in 2009. Originally at independent Constable & Robinson and subsequently at Little, Brown. Prior to that James was a Vintage, part of Penguin Random House. He has worked in publisher for thirty years, and also writes under the name James Henry.