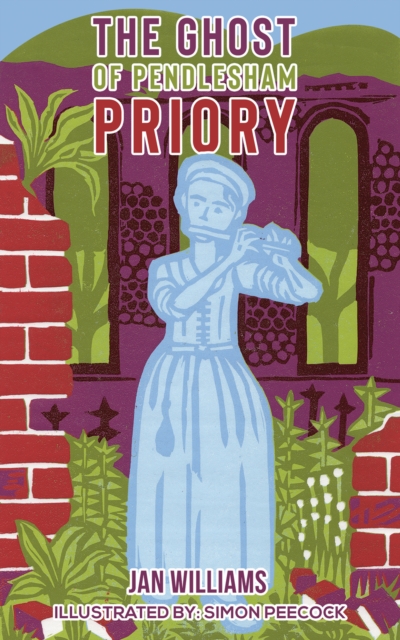 “I am a spirit reaching out to you to tell you my story so that I can find rest. Help me.”

The spirit is Isabel Calthorpe who speaks out from Tudor times to Ben, nicknamed the ‘Digger’, and his cousin, Filly. Ben is the first to be touched by her story as he wanders the countryside of Suffolk and meets her ghost in the ruins of a deserted convent. She explains that she had been sent there by her widowed father to be given the education of a fine lady. Life however was far from genteel because her fellow pupils were spiteful bullies. The gentle nuns tried to endure the tensions of a visit from the malicious servants of Henry VIII who planned to destroy their lives, but Isabel’s dreams vanished in flames.  Yet the modern-day characters, whose lives have been touched by the ruins, open up to new horizons. The thrilling ending of this story links past and present, showing how Ben has lived in two worlds.

Jan Williams has been a teacher, a writer, a storyteller, and a grand talker. She has explored many historic themes in her work. She has taken children on journeys of the imagination to prehistoric mounds and sunken forests, ancient battles and folk tales of magical characters. The deserted ruins of a convent in the enchanted Suffolk countryside haunted her and produced this very exciting story of a ghost from the reign of Henry VIII. She loves cats, flowers and the sea